More than 80,000m² of Zentia systems were installed on what was at the time the largest construction project in Peterborough since the cathedral was built more than 800 years ago, and thanks to Zentia’s industry-leading recycling scheme, some 8,000m² or 32 tonnes of the manufacturer’s tiles – equivalent to the weight of two double-decker buses – were saved from landfill. 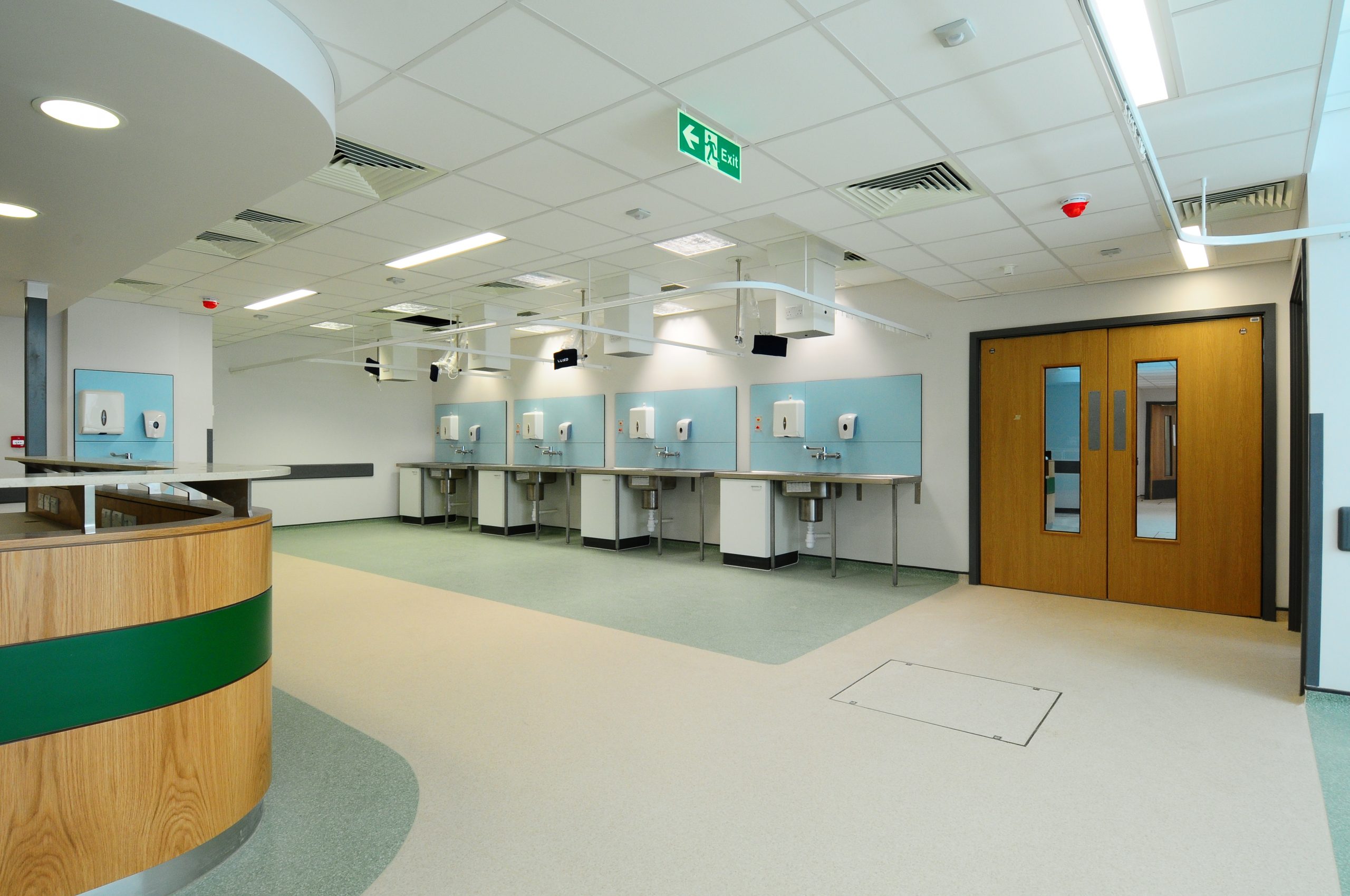 Architects Nightingale Associates approved the use of Zentia’s Bioguard Plain mineral tiles, which contain fungicides and biocides which actively combat harmful fungi, mould and mildew, yeasts and bacteria, throughout the new 612-bed major acute hospital that is the largest element of the £335 million Greater Peterborough Health Investment Plan.

A PFI project backed by Brookfield, HSBC and Macquarie Bank, it was more than three years on the 14-hectare site and achieved a ‘Excellent’ NHS Environmental Assessment Tool (NEAT) rating.

Ceilings installer Roskel Contracts, a Pinnacle approved (Zentia-approved) contractor, was on the acute site for 18 months, combining a standard installation, albeit a major one, with the logistics of running its first recycling scheme.

This proved particularly challenging because of the large number of relatively small rooms – a total of 4,500 different rooms, each of which required three handovers (after the initial trim, installation of the ceiling grid and service tiles, and then finally, the tiles themselves). This totalled 13,500 handover processes, approximately one every 15 minutes, although this was fine-tuned down to blocks of rooms.

Roskel’s team of up to 40 men filled wheelie bins with pre-sized bags inside, which when full, were wheeled round to a secure facility. When this was full, the contents would be removed by articulated truck to Zentia’s plant in Gateshead, Tyne and Wear, where they were recycled.

David Wilson of Roskel Contracts said: “We preferred to win this with UK-stocked material to give us security of availability. The supply was well coordinated and the quality of the tiles and grid were consistent as usual. We have been very happy with the overall concept and methodology.”

Chris Fairhall, procurement manager for Brookfield Construction UK, said they had spoken to a number of ceiling manufacturers about recycling but none could match the Zentia offer.