The Space Field Lane is a £480,000 renovation project using Zentia’s ultra-green Dune eVo ceiling tiles. Dune eVo is the next evolution in ceiling tiles. Fully recyclable, it provides class-leading aesthetics and improved acoustic performance through a new surface which is both brighter and smoother. It is also the first ceiling system in the industry to gain Cradle to Cradle® accreditation.

The project was entered for Zentia’s eVo NewBeginnings competition by the project’s coordinator Neil Hardaker of Pickles Architecture in Brighouse.

The competition for up to 250m2 of Dune eVo tiles and grid plus up to three days of free installation by a member of Zentia’s national network of approved Pinnacle Partners was promoted through Zentia’s social media sites (LinkedIn, Twitter and Pinterest). 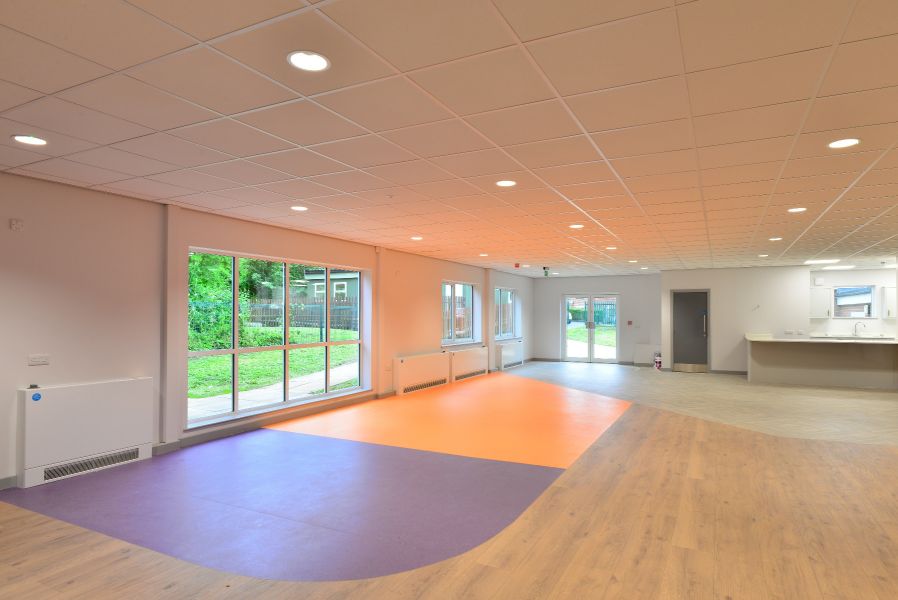 Open to any non-commercial project in the UK and Ireland that serves a community, it was judged by two internal and one external judge, with the winner being the project they thought most deserved a charitable helping hand.

Neil said: “We heard about the eVo NewBeginnings competition through an email from Zentia and we passed it onto the client. We thought The Space would benefit from the help that Zentia and the competition offered. I think it’s given The Space the opportunity to save some capital costs and use that money for other areas which are more needed for the local community.” 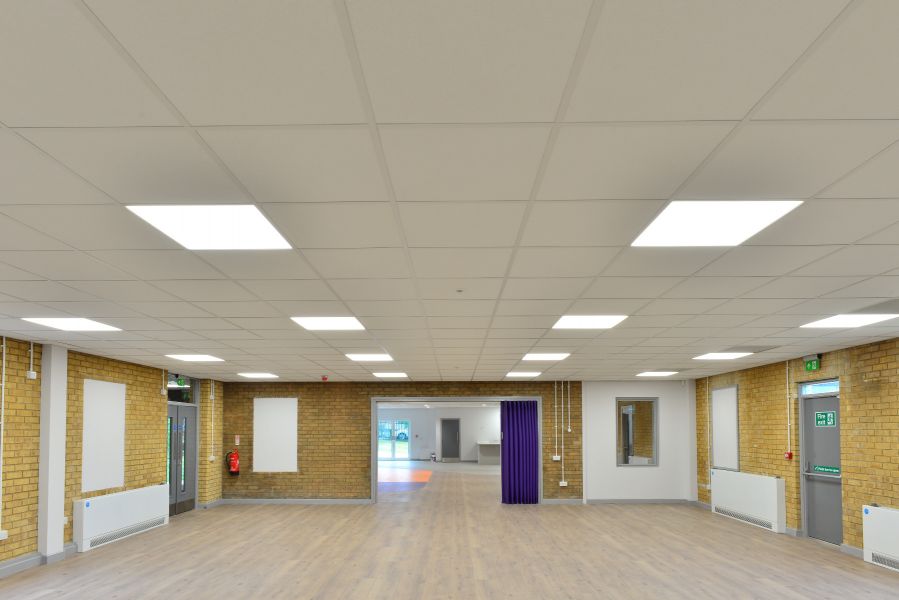 “This really is a new beginning for the community. Without Zentia’s involvement we certainly wouldn’t have been able to have such a super new ceiling. We would have had to have had something much less specified and would have had to save money elsewhere in the building. The £16,000 value of this ceiling was really important to us. Using an ultra-green ceiling tile like Dune eVo was really important to us because we have tried, with everything we have done in the centre, to use materials which are environmentally friendly.”

Quality Ceilings of Elland, who are a member of Zentia’s Pinnacle Partner scheme, had two men on the project for a total of a working week. They installed a total of 350m2 of Dune eVo tiles in the main hall, offices, toilets and kitchen area.